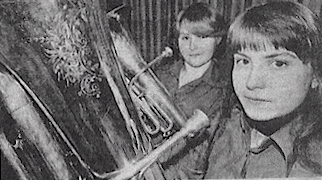 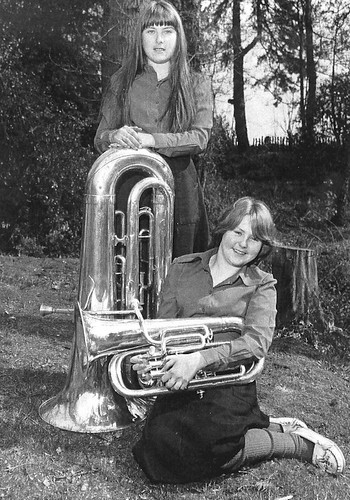 SISTERS Jane and Zoe Austen are hoping for a breath of success at a band concert tomorrow.

They will be in Cranbrook Town Band hoping to raise about £2000 to buy instruments with proceeds for a 10 hour sponsored concert in the vestry hall.

Jane, 18, of Dorothy Avenue, Cranbrook, is a member of Staplehurst Venture Scouts. She plays tuba and flute, and Zoe, 15, plays Euphonium.

Secretary Peter Evans said some of the band’s instruments were very old and needed replacing. It was hoped to start a youth band and that meant even more instruments.