Sunday the 9th of September saw the band play at yet another Castle. Tonbridge this time, and as you can see from the photo’s the band played in the grounds in front of the Castle. Despite road closures in the area which cost the band a horn player on the day (who subsequently broke down trying to get to the concert), the band enjoyed a warm afternoon and appreciative audience.

The concert saw the debut of a number of pieces the band has not played for some years, including a cornet quintet, “Cornets A Go-Go !” (although it is the tune played on the band’s home page so the cornets should not have forgotten how it went !) 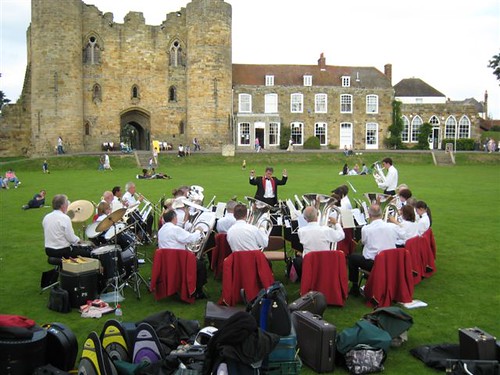 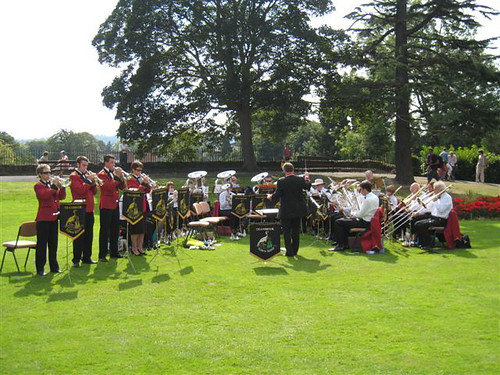