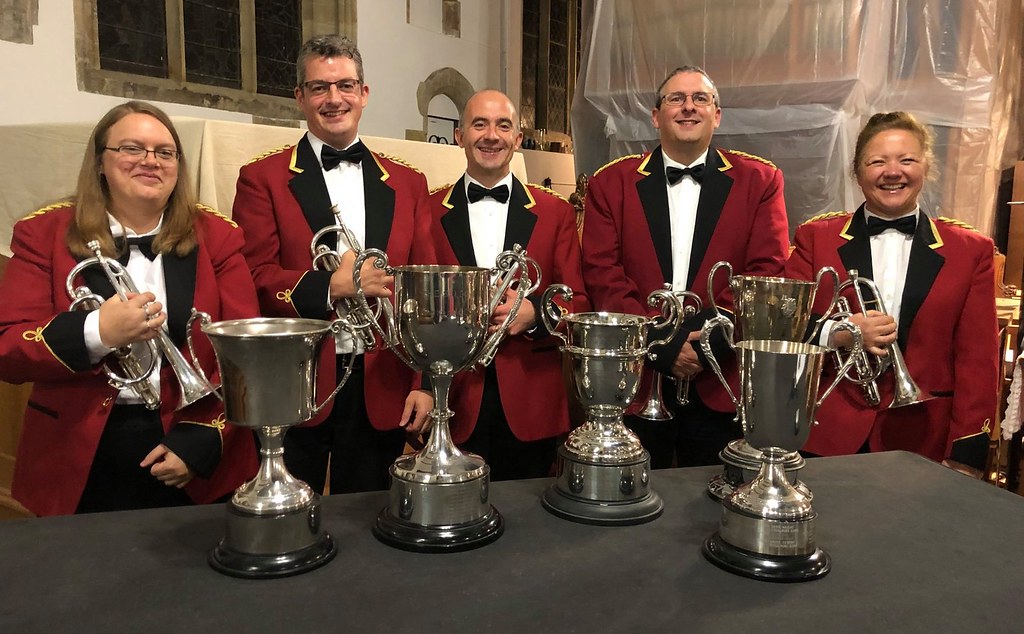 Saturday the 5th October saw the band once again perform in St. Dunstans Church, a fantastic venue for our annual charity fundraising concert in aid of Demelza. In another packed programme the undoubted highlights included the debut performance of Richard’s new solo. A stunning but difficult piece, the theme from the 1960s serial the “Green Hornet”, which was more recently featured in the film Kill Bill went down a storm with audience and band alike.The second highlight of the evening saw the band join forces with their younger counterparts in the youth band for a group performance of the Muppet Show theme at the start of the second half.

We received lots of positive comments from the audience both in the interval, at the end and in the pub afterwards! Thanks to Alex, Martin and Trevor for standing in for people who were away and helping to make the night a huge success.

Pictured above : Our Front row cornet section took the opportunity to pose with the haul of trophies the band won in the Spring at the scaba contest in Crawley. On the day of the contest they never got the chance to pose as a section with the prize they won for “Best Cornet Section” so we guess it was only fair to let them have their belated moment of glory!

The band are already looking forward to next years concert where we will once again enjoy a guest soloist – this time we have booked the services of Chris Thomas, the principal trombonist from the Cory Band who are the current National Brassband Champions. Its bound to be a concert not to be missed  so be sure to put the 20th of September 2020 in your diary now ! 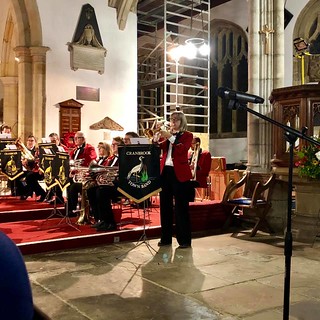 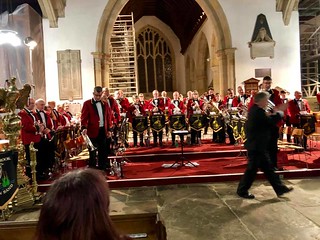 Taking a Bow - End of Concert 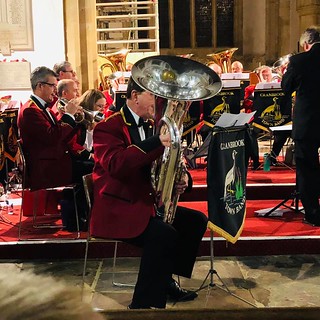 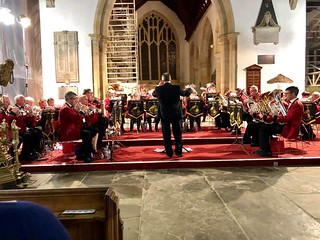 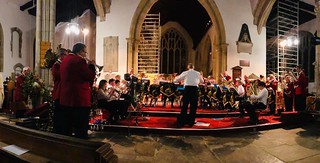 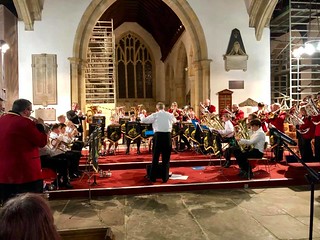 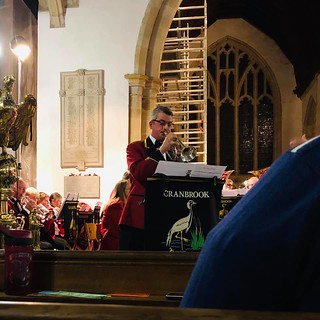 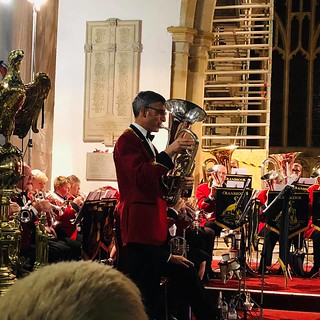 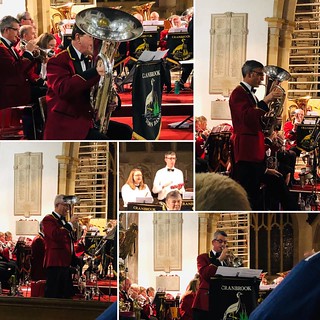 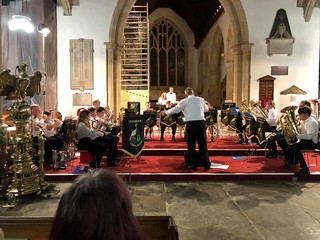 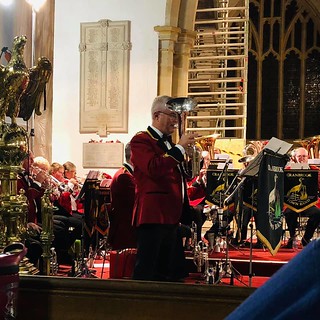 Alan Smithers - One Day in Your Life - Tenor Horn Solo 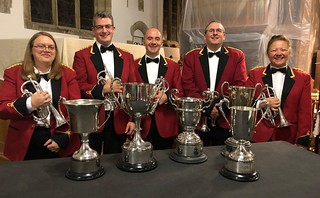