Contest Day
On Sunday the 6th March, Cranbrook Town Band took part in the first scaba contest since their 2020 Spring contest held back before the days of Covid and the life changing restrictions that were put on all of us.

10 bands played to a packed audience in a new venue at Reigate College. Joining the event was scaba VP Sharon McCallum (an ex-member of the band) with her popular trade stand and all enjoyed some wonderful music making and catching up with banding friends. As well as a new venue, the contest itself took new shape with all sections competing together and a reduced set of prizes with no soloist or conductor awards.

Speaking before the results, scaba Chairperson Andrew Wilson and adjudicator Chris King both praised and thanked all the bands for making it onto the stage, and recognised what an achievement this was after the challenges of the past two years.

Leading up to the event we had enjoyed a sectional rehearsal a couple of weeks ago and our performances of the own choice test piece and march were coming along nicely. Sadly just days before the contest our chairman and principal Euphonium David Newsom’s family came down with Covid and so David had to isolate. Luckily, Phil Godden stepped up ably to play the Euphonium part and the solos within, that David now could not.

As the big day arrived, we all met at a local primary school for an hour’s rehearsal before the start of the contest. It was here that Sue Hopkins our second trombone discovered she had left her instrument at home. A few frantic phone calls later and she was able to borrow one from Sharon who had some on her trade stall, but she did have to sit and mime during the rehearsal !

Alan Smithers who has been constantly reminded about leaving his horn at the rehearsal venue at a previous contest (See :wheres-my-horn-a-contesting-story ) was perhaps the only person happy about Sue’s missing instrument as it may be he won’t get the constant ribbing and reminders about leaving his horn behind, as everyone will now be checking that Sue has her trombone.

Most bands chose to play the area test pieces for their respective sections but as Cranbrook don’t play in the area contests we were able to pick one of our favourite contest pieces of recent years and played Glorifico Aeternum by Dean Jones, a piece we last played at scaba’s Spring Contest in 2012. The accompanying march was also another favourite, the Army of the Nile by Kenneth J Alford, last played in 2010’s contest. As an ungraded band we were able to elect to play in the 3rd section and had two other bands to directly compete with.

Despite a few mishaps with music blowing off stands during an important Euphonium solo, the band played well and both adults and juniors members of the band, some of whom were experiencing their first contest, were happy with the performance and we came of the stage confident we had played the piece to the best of our ability. We were pleased to come away the best March Prize in our section but sadly the test piece prize eluded us this year. Never the less it was great to be back on stage at a scaba contest.

We would like to thank Xan Kite for chaperoning the under 16s and in the band and recording the performance, and Rose Woodger from BAE System Band who helped us out hugely on tuned percussion. 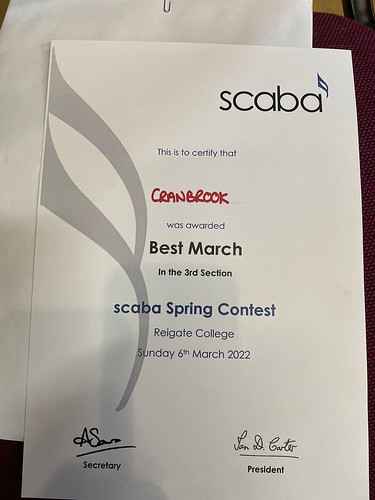 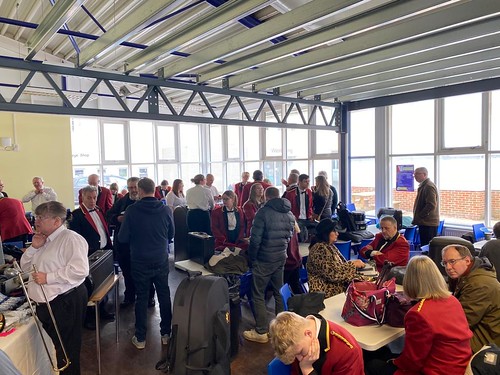 Contest - Waiting to for the call 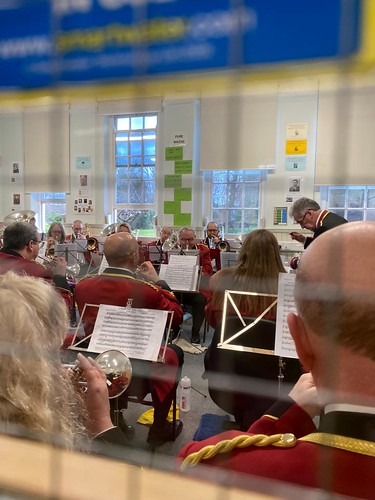 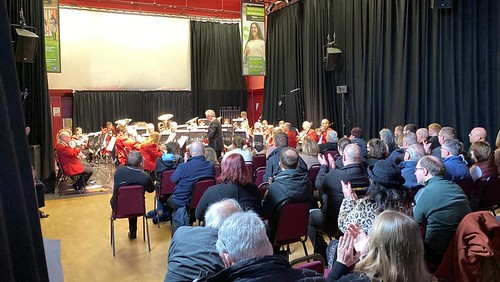 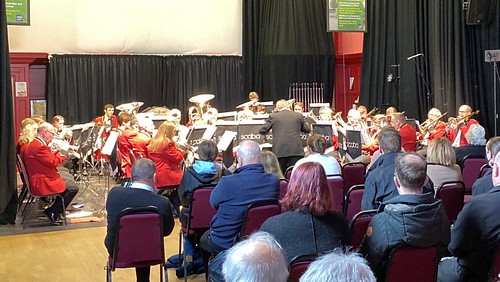 “It wasn’t our day at Reigate today but, despite playing really well and getting the best 3rd Section March prize the band wasn’t placed for the main piece. Looking on the positive side:
Congratulations and thanks all at scaba for organising and running today’s Spring Contest. It was such a delight to have the opportunity to take part in a competition once again.
Congratulations to all of the prize winners” – Ian Lanceley MD