Expecting the worst from the weather, many of the band had come with with bottles of cold drink and sun hats aplenty, but luckily for us, about 10 minutes before we started the clouds covered up the sky, leaving us a warm but pleasant afternoon in which to make music.

The audience were treated to a lively and entertaining programme ranging from the traditional march and hymn tune through to the modern era with a selection of Coldplay hits. Playing on a grass surface rather than a bandstand can be a disconcerting experience, the sound does not reverberate around as mush and makes it much harder to hear what’s going on around you, for the individual player it often feels like you are the only one playing. However comments from the audience suggested that from a distance the sounds we made as a whole were more than ok and all pieces were really well received by the audience.

Many thanks to our deps for the day, Rosie, Andy and Sian, and to Sue and Russell for swapping instruments to cover absences.

Judging by the fine solo playing we don’t think Russell minded swapping from Cornet to playing Flugel too much ! 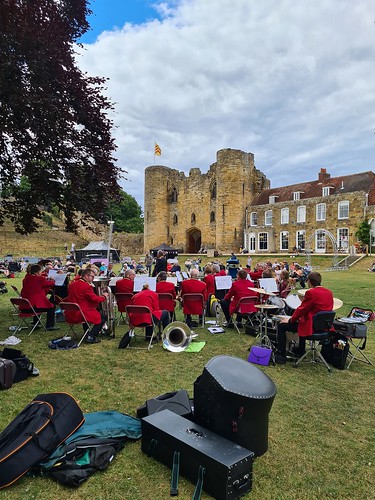 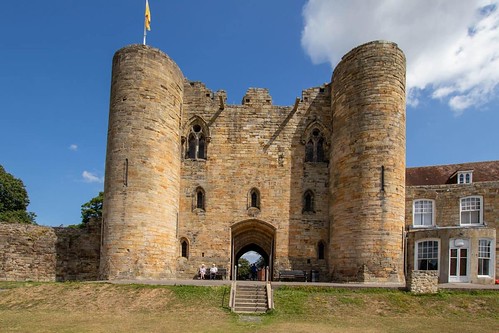 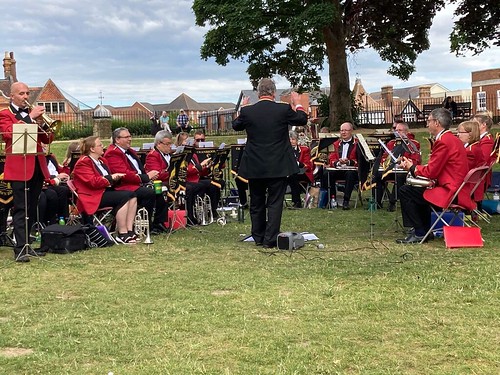 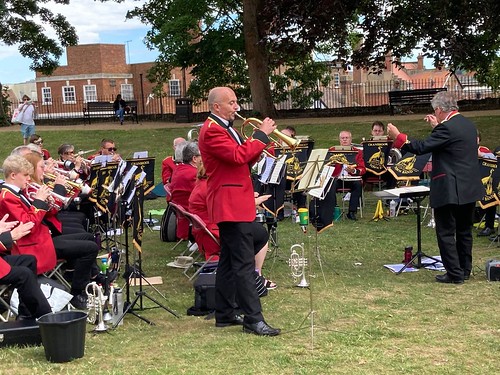 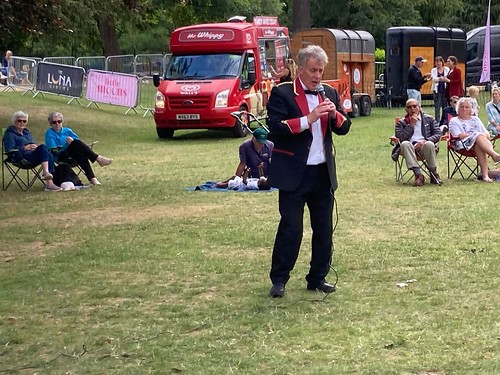 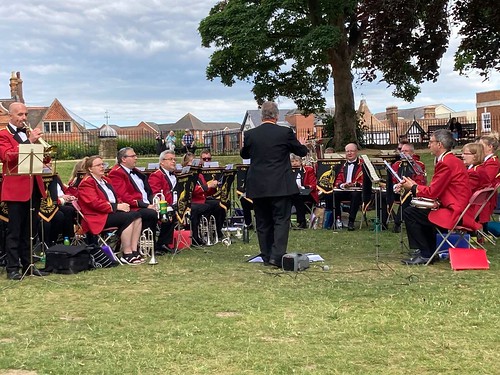 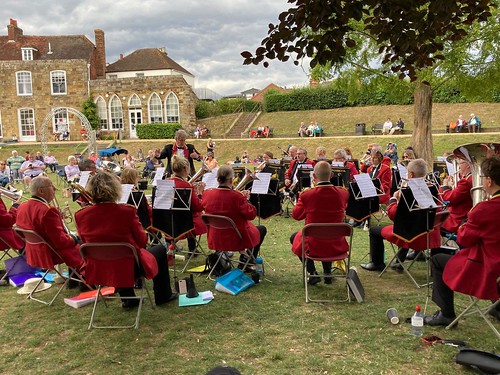 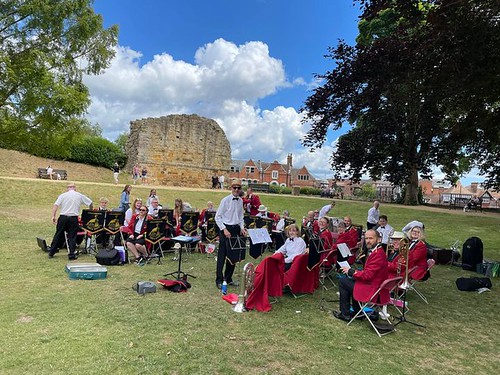 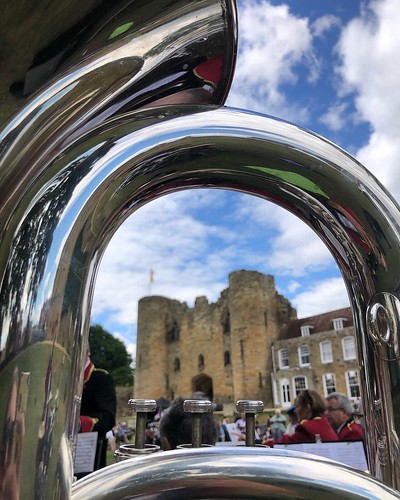 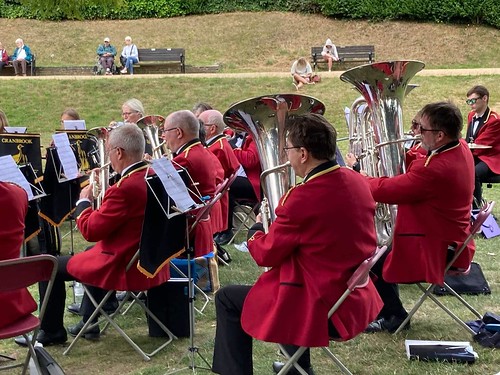 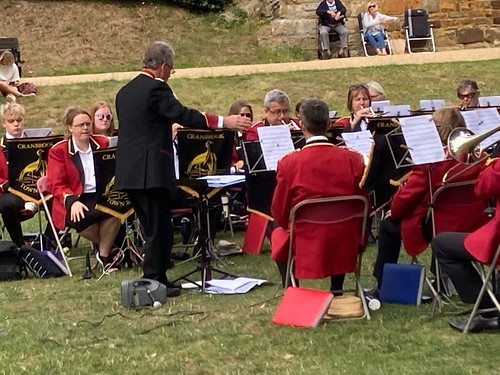 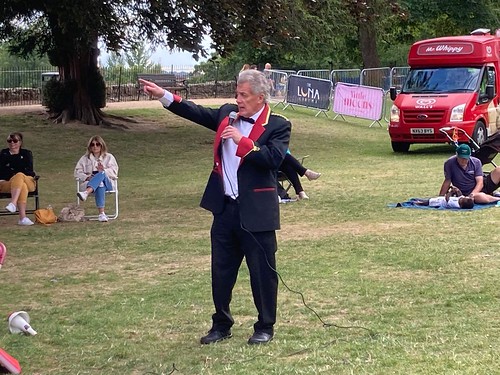 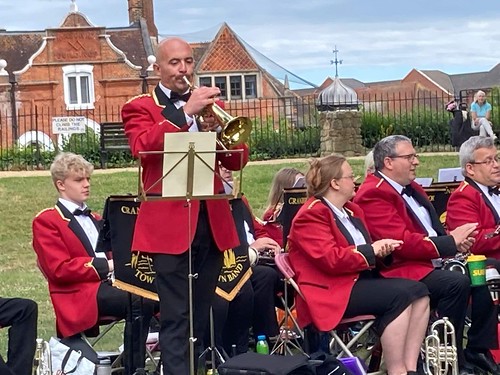 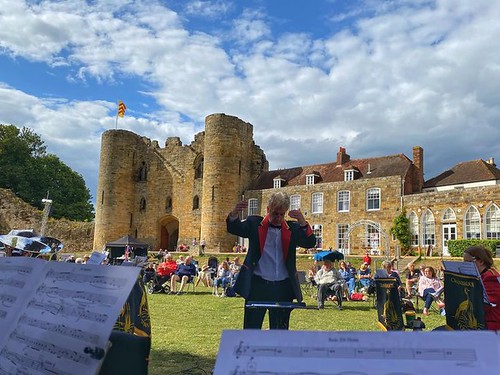 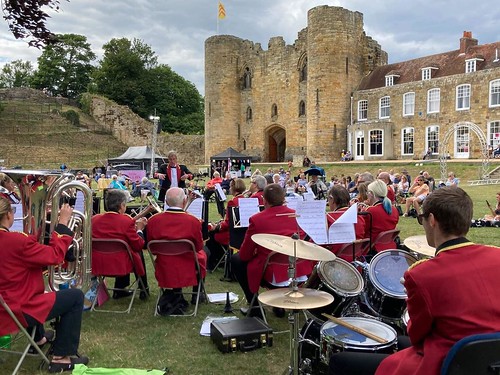