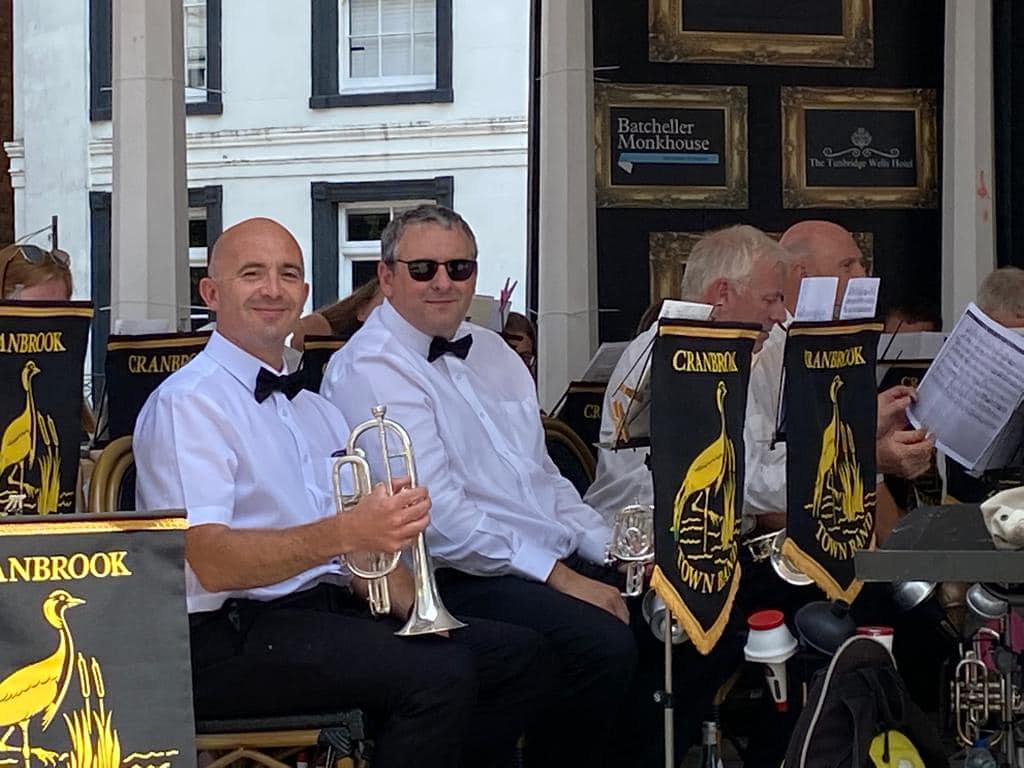 Temperatures were not far off the record breaking 40 degree plus predicted for the following day as the band arrived at the Pantiles in Tunbridge Wells for an afternoon of music making on Sunday 17th July.

Despite the sweltering conditions the band managed to find some shelter under the bandstand (for the most part) although the principal cornet, Sop and lead euphonium and Trombone did get the full heat of the sun as the second half got underway.

The audience from the nearby hotel and market were very appreciative of our programme, which despite a couple of Covid outbreaks in the band, went ahead as normal, albeit with some deps covering for absentees (many thanks to Andy, Neil, Alice and Sian)

Russ Kemp stepped up from his normal supporting role to take the lead on Principal cornet and ably stole the show with a fine rendition of Song of the Night.

The band are now looking forward to cooler times and our next concert which will be a September open day in aid of rye Memorial Hospital and shortly after Demelza Hospice in October.