The band relaxing with a drink or two - or three !

The bank holiday long weekend in May is typically the time of year when the band looks to broaden its horizons and travel to foreign shores to give a couple of concerts and time permitting a few excursions to the local hostelries to sample the local ale. This year was no exception and as on previous occasions we left Angley School at a ridiculously early hour on Saturday morning via a Kings Ferry coach with the aim of arriving in Laval where would be based for 3 nights.

The first concert was due to take place in the evening of the day of arrival, but with the four hour trip to Laval ended up taking about 6, it was that a very tired and cramped band that finally disembarked the coach in the middle of Laval on a very hot sunny afternoon. A quick walk around Laval soon determined that it was a very picturesque town with many fine restaurants and bars. With only a couple of hours to go before the concert it wasn’t long before we were back aboard the coach for the short trip to the hall where we were playing. Once set up and ready to go we gave the first of what was intended to be two concerts. Despite a very good poster campaign and efforts on behalf of our French contacts, the turn out from the locals was less than anticipated and the band groupies outnumbered the rest of the audience. This did not stop us from raising the roof and putting on a mixed and entertaining programme that was very appreciated by those listening to us for the first time.

The second day of our trip saw us heading of to Fougeres where we were due to play at the Castle for a Vintage Car Rally, as the picture shows, the weather had other plans for us. Unfortunately the rain came down in buckets and with no undercover area to set up, we had to cancel the concert. 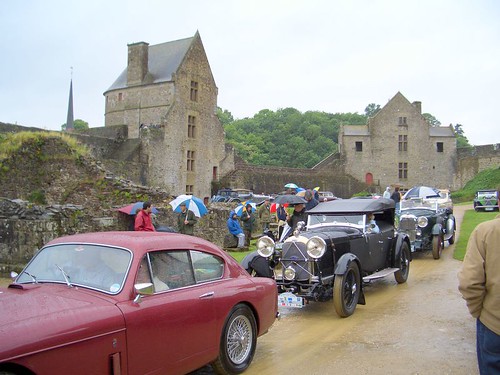 Our final full day on French soil saw us travel to Mont-St. Michel a few hours away by coach on the north coast of France, near the border of Brittany and Normandy, and home to centuries of tradition. In the early eighth century, the Archangel Michael appeared to Bishop Aubert of Avranges, who started an oratory. In 966, a Benedictine monastery was established. In 1020, Richard II began the Abbey Church, and supported Abbot Hildebert’s construction efforts. Over time, the spiritual foundations of the abbey waned, and in the late eighteenth and early nineteenth centuries it was used as a prison. In 1874, the French government assumed responsibility for the abbey’s upkeep and restoration. The spectacular views and architecture were appreciated by all, and even for those who didn’t climb to the top there were many shops and eateries along the twisting lanes and alleys.

Mont-St. Michel
We may only have played one concert to a few people but everyone enjoyed the trip – some too much judging by the other photos!
More Pictures
Click on the picture to visit our Gallery of this tour on Flickr. 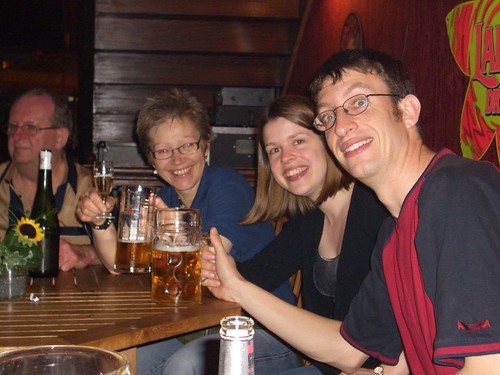 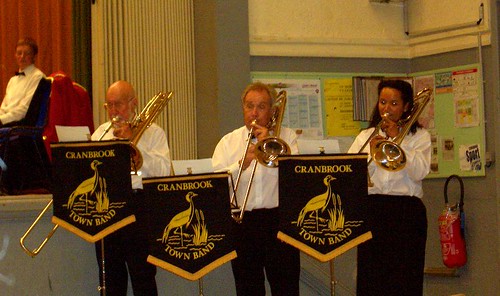 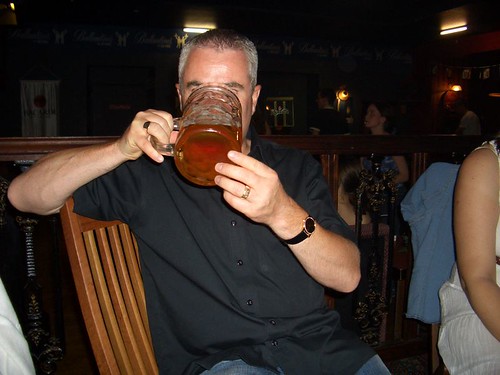 Alan hidden behind the biggest tankard of beer ever ! 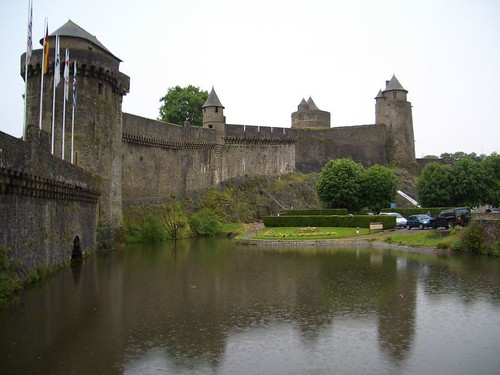 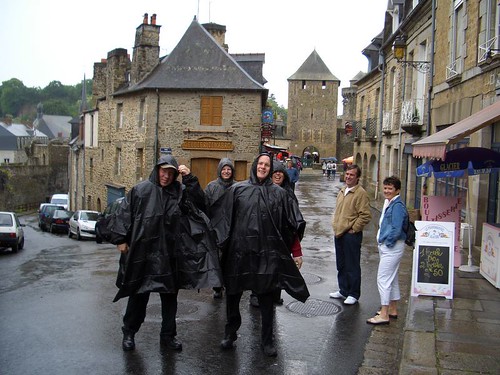 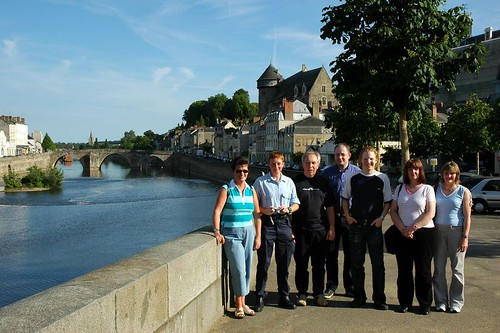 Out and about in Lavel 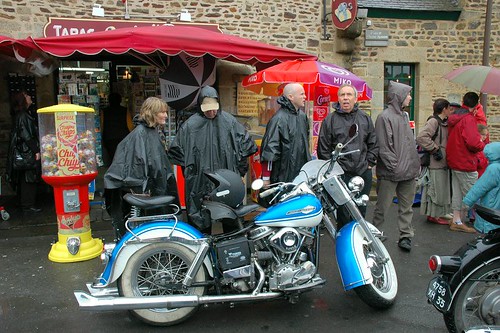