Cranbrook Town Band has just returned from a very successful May Bank Holiday tour to Belgium. Whilst there we performed two very enjoyable concerts to large audiences in Leuven and Brussels and partook of an even more enjoyable tour of the Stella Artois Brewery. Read the full Tour Report below for all of the details.

Organised by David Newsom, the band’s chairman, this year’s tour would see the band travelling once again to Belgium. The band set off for Leuven in good spirits at 6pm on the Friday evening, 23rd May.

By 6.05 the coach had stopped and was waiting in a lay-by for some forgotten uniform items to catch up with us. Shortly afterwards we arrived at the Channel Tunnel and boarded the shuttle. Andy Hill our principal cornet, was heard to ask if he would be able to see fish out of the windows when we were going through the tunnel – he was excused on the grounds that he is from Sheffield!

Saturday dawned and most of the band made breakfast before embarking on an extremely arduous tour of the Stella Artois brewery!

From there we moved on to Ghent and an enjoyable joint afternoon concert with Brass Band Ghent and their conductor, Paul Voet. The band had some free time in Ghent afterwards and took in the some of the sights and sounds of this ancient and beautiful city before heading back to Leuven.

Paul Voet conducts the joint forces of Brass Band Ghent and Cranbrook Town Band
Sunday morning involved a fairly early start which a problem for a number of the band who had enjoyed a very late Saturday night at the local hostelries. Bob on soprano, looked particularly green around the gills. We were then straight on to the coach after breakfast for the trip to Brussels where we were to play for the crowd and competitors in the Brussels 20k Fun Run.

This was a remarkably busy and well organised event with only one minor hitch when a local Police officer refused us entry to the park where were playing. Fortunately, David was able to resolve the issue quickly and we had a Police escort to the bandstand…….and what a bandstand it was! Entirely mobile, big enough for the whole band and towed by a lorry!

The Band at the Brussels Fun Run

Despite the exceedingly hot weather (32 degrees centigrade in the shade according to a nearby thermometer), the band played really well with some exceptional solo playing from all of the featured players and the concert ended with a superb ad lib soprano solo from Bob in Swingtime Religion.

Sunday night was for many a repeat of Saturday night with some wonderful food in the local restaurants and just a couple of beers in the bars. The less said about pole dancing and can-cans the better.

Monday saw us spending time in Leuven before boarding the coach and running into bad weather that southern Britain had been enduring as we approached Calais.

Thanks go to David for his organisation of the whole weekend and to Stewart the driver who was very friendly and professional throughout. The only question now is – where next???

Video Clips
More Pictures
We have three albums of tour photos on Flickr. 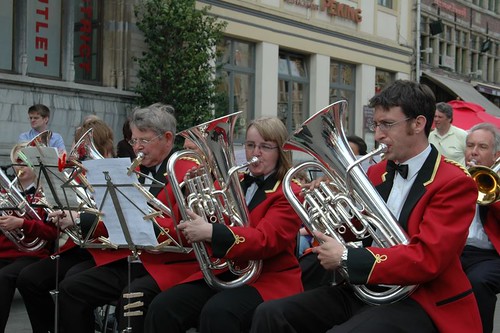 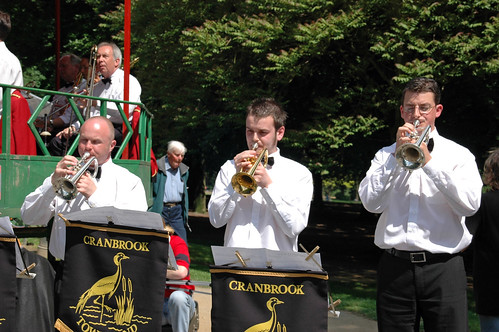 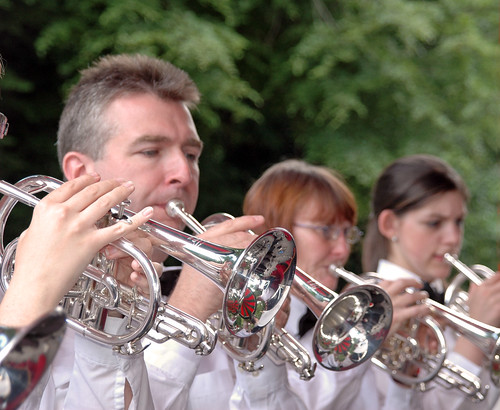 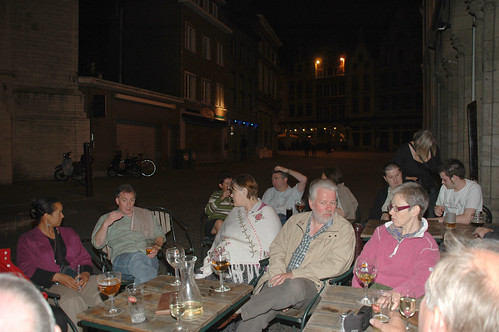 Relaxing after a hard days playing, well a couple of hours anyway 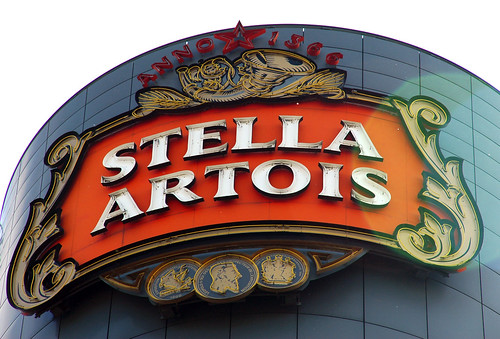 A Great Place for a "Tasting Tour" ! 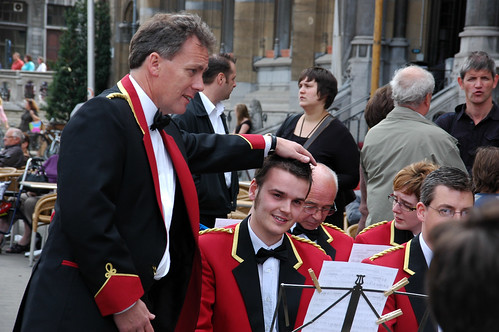 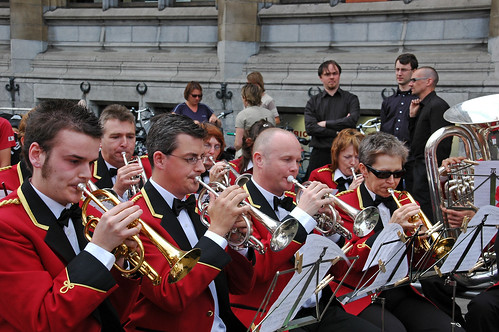 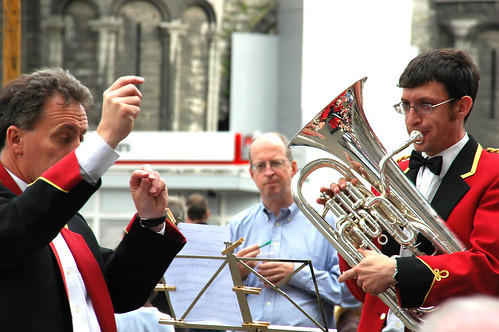 David's version of "The Way We Were" 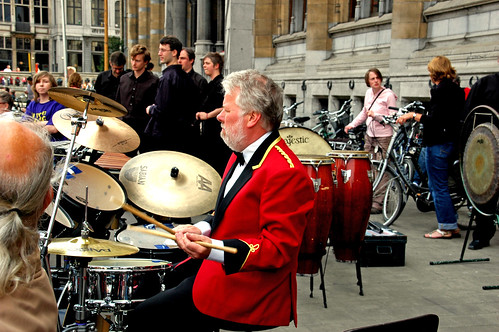