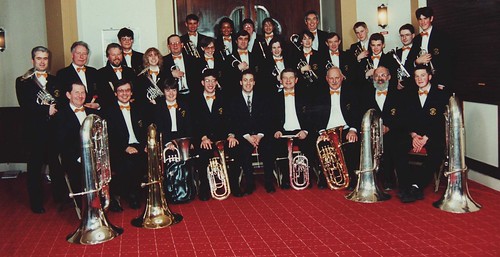 In 1992 the band decided to put some of their favourite pieces onto a recording to commemorate a recent run of contest successes and help raise band funds. Tapes and CDs were quickly sold out as the band promoted their first recording throughout the summer concert season.

Recorded on the 12th and 19th March at St Dunstan’s Church, Cranbrook by kind permission of the vicar, Guy Bridgewater.

Our thanks go to Roland Clarke for his services as recording engineer.