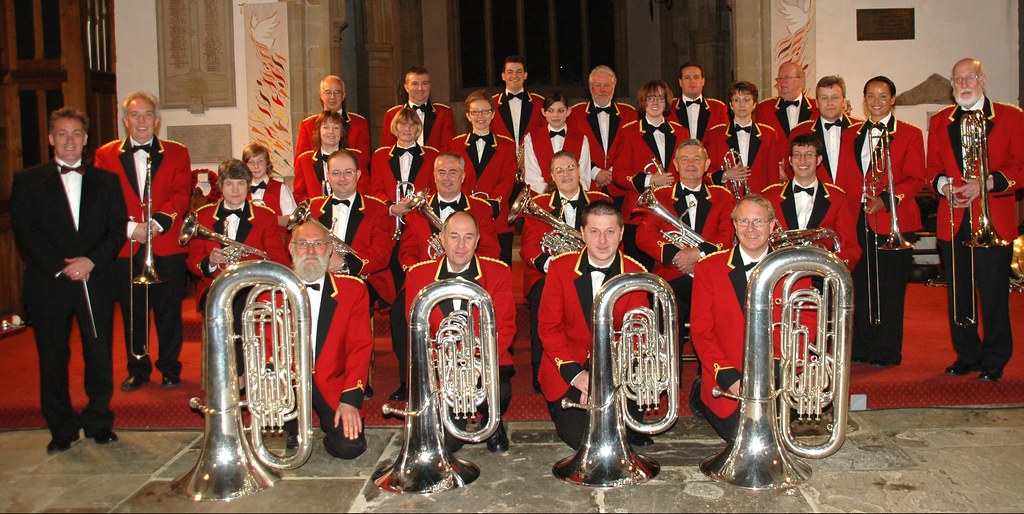 A Welcome to all

It is very encouraging to see the arrival of several new younger players within the band, either playing on a regular basis or when school and other activities permit. We would therefore like to extend a big welcome to :-Chris Thorpe on Cornet, Natalie Barden on Baritone, Jack Farris on Trombone, Elsa Fyfe and Amy Collins both on Cornet and finally Leo Burrell playing the timpani.

In addition to the younger players we also have some new adults who have recently joined :-

Wendy Scott and Richard Warren who have  joined the cornets. Richard has also taken over the role of Concert Manager.

And finally a thank you to Bob Turner who has moved from front row cornet to play Soprano cornet replacing Fred Smithers who has sadly left the band.

The band played their first summer season concert on May 14th. Cranbrook’s St. Dunstans Church played host to the band who performed a number of new pieces and solos. It  was also the debut of Chris Thorpe who played in a concert for the first time since joining the band a short while ago, a remarkable achievement for such a young player.